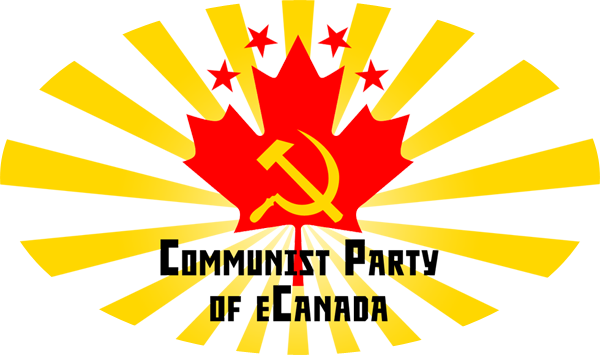 Headquarters of the Communist Party of eCanada

Hi from your neighbours across the border

Hi from your neighbours across the border

A bit our party

We represent the far left in American politics our members are mainly communists and socialists. We have 3 current congressmen despite being ranked 7th out of our countries political parties. We have a large commune system which is currently fairly inactive as many of our members are supporting the GOSPLAN project in eRussia. we are members of the Internationale http://theinternationale.forum.st/forum.htm and we enjoy very good relaitions with the PCP (uk) ACP (australia) and CPSU (Russia) to name a few.

A bit about me

IRL i'm from London I started off in PCP I left there for Ireland where I started communes and helped found the Irish Labour party. I moved to Czech Republic where I again started and ran communes. I also held one term in their congress was a deputy minister of communication and ambassador to eIreland.

I'm here to strengthen ties between all far left parties throughout North and South America. We have a plan to supply parties that do not have all the resources within their own borders. This could work in a number of ways firstly we could supply the workers in exchange the products produced or your workers could come and work in one of our companies and the produce you make could be sent back to your communes. This is a fairly young idea and a lot of details will need to be worked out. I have contacted every far left party I could find so there may be parties that need the help more. Although whatever the outcome you can always count on our advice and help in which ever way we can.

me (feel free to pm or freind request me)
http://www.erepublik.com/en/citizen/profile/1992884

Welcome to the forums, Manic! Here's looking forward to good relations between our parties. 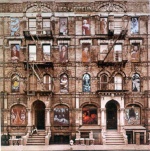 Hello friends, I am here representing the Progressive Caucus with the progressive message. I'm just a regular nobody from nowhere trying to help my country, my fellow progressives. Yes, the election is over in the US and we now have President Obama in the white house, but the work has just begun. We progressives should prepare once again to play our role as agents of bold ideas and political social transformation in the Midterm elections in which members of Congress, state legislatures, and some state governors are elected. We progressives will have to reflect a belief in the need for change. We must support our party through charity, through volunteerism, local and state governments, though surely all have a role. We should argue that we need programs that serve our national and international needs and encourage faith in our public institutions, creating a positive cycle of political change and space for further reform, advocate for true reform of our tax system so that everyone pays their fair share.
We progressives should reach out to recruit new members who share our goals and want to join our fight. Our movement lies in being an unapologetic champion for progressive ideas. Finding new confidence and imagination, we have begun to renew our political capital.
Best Regards ElMuertoMonkey !
For struggle, Solidarity and Socialism!

An Official Proposal from the Socialist Freedom Party of America


We at the SFP have always tried to make, and keep, good relations with all of the various Socialist Parties of eRepublik, no matter their size or stature, and we believe that we have been largely successful in doing so. That being said, it is our belief that in order to remedy the problem of finding and recruiting enough Socialist leaning players to thrive and prosper in the capitalistic game mechanics of eRepublik, we must come together and function as a single movement. This is especially true with the coming switch to V2 and the current wellness problems we are all experiencing thanks to the new hospital rules. In the face of the challenges ahead for all eRepublik players, and doubly so for eRepublik Socialists, we strongly believe that now is the time to do exactly that. Now is the time for us to organize in such away that we can all benefit from the unique advantages that several Socialist Parties can provide when working together out of their respective nations.
So without further ado, we would like to introduce to you a proposal for the Occidental Communal Trade Organization, or the OCTOcom.

The OCTOcom is a multinational communal network that is centralized under a single eRepublik Org and functions as a single entity. It will be ran by an international board of directors comprised of representatives from each participating party, or organization in special circumstances. At this time, the OCTOcom will only include nations that have Socialist Parties, or non-partisan Socialist Organizations, in the Western Hemisphere. (North and South America, etc)
If a party, or org, agrees to participate in the OCTOcom, it will function as a separate, but necessary, part of the whole.
The idea of the OCTOcom is to create a “transnational commune.” Instead of basing all units of industry in a single nation ran, normally, by a single party, the OCTOcom will spread industry out amongst its participating parties’ nations, therefore taking advantage the availability of several different high resource regions, and a larger workforce, all at the same time. For example, one nation will be responsible for providing the OCTOcom with grain, while another manufactures food. One will be responsible for providing iron, while another manufactures weapons, and so on and so forth.


What are the benefits of participation?


Each participating party will have access to several high resource regions without having to send party members abroad or resorting to running capitalist companies to extract resources overseas. For example, by having a participant in, lets say a high diamond region, all participants will benefit by having access to gifts. By having a participant based in a high iron region, again, all will reap the benefits.
By being a part of the OCTOcom your party can keep its membership at home, therefore keeping your influence in the political arena of your respective nations, and still be able to take part in, and benefit from, an internationally populated mass-commune, such as the OCTOcom.

It is our belief that by organizing on an international scale in this manner, the OCTOcom will be able to efficiently provide its members with all of the benefits usually provided by a regular commune, but it will do so more efficiently. So your members will have guaranteed high wellness and access to everything they will need to survive and thrive in eRepublik.


What are the Functions of the Board? What is its structure?


The International Board of Directors, or the IBD, will be comprised of one elected representative from each participating party or organization. This board will run the OCTOcom through a democratic system, and out of a single eRepublik org. It will be responsible for the distribution of goods, such as food and gifts, to workers via elected positions, the oversight of the OCTOcom treasury, and the day to day managerial duties of running their respective communes. These positions will be filled by board members and will be elected by board members. Some examples are as follows……

Other board members may have other projects yet to be decided on, for example, an anti PTO group. Of course, we are open to discussion on future projects for the IBD.


Board Members will have the option of requesting funding on behalf of their countries.
All requests for funds will be voted on by the board.


If a board member doesn’t wish to manage his/her party’s commune, the member may appoint another member of the board to do so


If it is ever proven that a board member has inappropriately used or transferred any asset of the OCTOcom, (acted independently, ignored protocol) then that member can be immediately dismissed from the IBD.

Board Members can also be removed from the IBD via an unanimous vote by the IBD after a motion has been proposed and discussed.


First of all, the OCTOcom is not an attempt to rival the Internationale, it is actually meant to be a type of subset. The idea is to bring all of the parties of the western hemisphere together in solidarity in order to strengthen relations and provide non-exploitative alternatives to capitalist production.
Two specific possible incarnations of the OCTOcom construct in the future are the possible formation of an OCTO militia made up of the international workforce, and an ATO force. The OCTO militia would prove to be highly effective in the V2 military module due to the ability to combine already existing party militias and/or recruiting members from the OCTOcom communes. An ATO force is another very realistic possibility for the OCTOcom under the same justification.
After a certain level of efficiency has been reached we believe the OCTOcom could be used to help seize state control in nations where it is realistically possible to do so. This of course is the desire of many Socialist Parties throughout eRepublik. We have all heard the cry for a Socialist Nation. We believe that the OCTOcom, due to its unique nature, can provide a vehicle to that reality in the future.


The function OCTOcom, as noted above, does not necessarily have to be exclusively communal. There are opportunities for various other types of projects that can be implemented within the OCTOcom construct. The possibilities are truly endless and all parties involved are encouraged to voice any ideas and opinions on how the OCTOcom can best be utilized.


There will be an IRC meeting scheduled in the very near future where these issues can be discussed. We are open to suggestions and input from all parties involved. Any party that has received this proposal from a member of the Socialist Freedom Party is invited and encouraged to attend. All of the above information is also subject to discussion. We absolutely invite your opinions and input on any issue involved.


For any questions or feedback concerning the OCTOcom, you may contact Manic Eskimo or Vincent Nolan. All inquiries will be answered as soon as possible.
Thank you for your time.